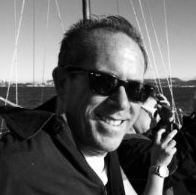 John is an accomplished advertising creative/art director. He has done everything from commercials that ran on the Super Bowl all the way to ads on coffee cups. He produced a campaign for DHL that had a 98% recall. He even produced tv commercials for Nevada Power that starred an Alien Elvis impersonator. He was also the group creative director for the launch of Salesforce.com.

John has Clios and Cannes plus NY Art Directors Show, Addys, SF Show awards. His work has been featured in Newsweek, CNN and on PBS. He was also voted Adweeks Art Director of the year.

John still enjoys the job of solving advertising and design puzzles in this new world. For the last couple of years, he worked on an international campaign for P+G that is running in Latin America, Russia, and China. Recent projects include IZZE, Jamba Juice, Yogi teas, Peets Coffee and Lake Tahoe

When he is not advertising he likes to draw cartoons. Some of his cartoons were used in a United Way tv campaign. His latest batch of comics is called “Under Cardiac Arrest”. But let’s not read anything into that!